Dream Job:
My dream job is to work in research facilities within pharmaceutical and biotechnology companies. An alternative would be to work in a lab or other clinical settings.

Campus Events You Enjoyed Participating In and The Reason(s):
The campus events I enjoyed participating in would be the New Student/First-Year Orientation. I got to observe the new students’ thoughts and perspectives on attending the Elizabeth City State University. I was there as a resource for students. I could answer their questions, give them advice, and show them around campus.

Plans For the Future:
Find a career that incorporates the core principles of pharmacology in a clinical setting.

Your words to live by:
‘’If you are in the room, you deserve to be there, and your voice matters.’’

My favorite place on campus would be the library and the new student center. Although those places have two different dynamics, they serve a purpose. The library is a good place for me because I can find resources, focus on my studies in a quiet setting, and have access to electronic services. The new student center is a good place for students to interact, have events, and study.

Professors Who Have Influenced You

Dr. Andre Stevenson. Dr. Stevenson has gotten me involved in various activities on and off-campus. I was allowed to moderate a panel about the Gilman International Scholarship program, set up a LinkedIn profile, volunteered at different events on campus, and attended an Honors Convocation where I was honored for being a part of the University Honors Program.

Take no as a comma and not a period. There might have been an opportunity, internship, or job opportunity that you didn’t get. It’s important to know that that’s not the end. There will always be more opportunities, so take the rejection and keep moving forward.

Sophomore Jordan Thornton was no stranger to Elizabeth City State University when she was deciding where she would pursue her degree in pharmaceutical science. She’d had several family members attend ECSU and at 16, the Elizabeth City native wanted to stay close to home.
ECSU, she says, offers her major of choice, is affordable, and has plenty of resources for a STEM education. It was, she says, a great decision to become a member of the Viking family.
“My experience at ECSU has been such a great learning experience,” said Jordan. “Within my first year of attending ECSU, I’ve learned the importance of internships and fellowships, having a resume, diversity and inclusion on campus, and how to thrive in a majority of my settings. I’ve learned information that will prepare me for the world outside of school.”
Jordan has a long list of memorable experiences in the short time she’s been on campus. They include the Honors Convocation, moderating the Gilman International Scholarship Program, being a new student orientation leader, speaking at the new student pinning ceremony, and more. All of it has amounted to a full life as a student.
Her time on campus, so far, can be summed in with one word, she says, community.
“Since the moment I stepped foot on campus, I’ve been welcomed with open arms, patiently guided through the transition from high school to college and educated on the values of this campus. Although I am a commuter student, I feel a part of this campus because of the warm, inviting nature of the people on campus.”
As a new student orientation leader, she would recommend that the newest members of the Viking family get involved on campus. Sports, clubs, and other organizations have allowed her to meet new people, receive opportunities, and create relationships with faculty and staff.
“In the summer of 2021 I was an orientation leader. During the second orientation, I introduced one of the guest speakers. I took the opportunity,” she said. “That opportunity led to me speaking at the New Student Pinning Ceremony.
“Take opportunities that are given to you because it could be an opportunity to achieve more.”
Jordan has a few years to go before she graduates with a degree in pharmaceutical science, but she has her eye on her future. She plans to attend medical school, attend a medical residency program and get her medical license.
“My career goal would be to find a career or profession that incorporates the core principles of pharmacology in a clinical setting,” she said. 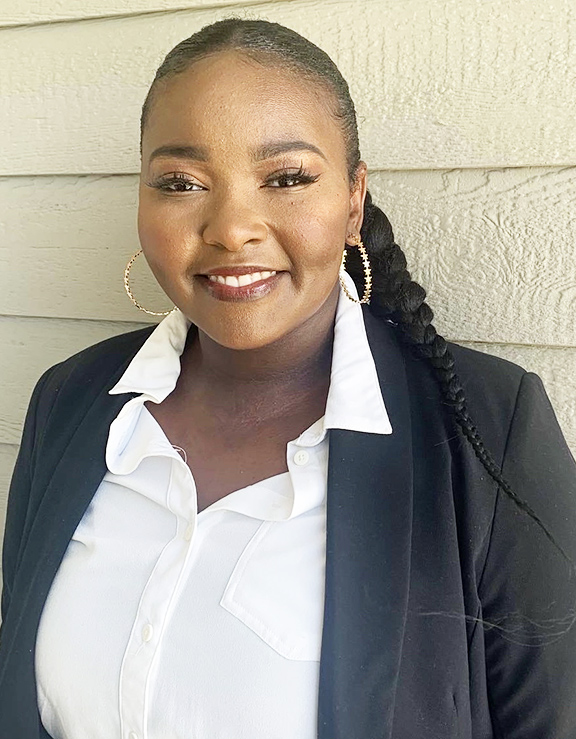